In the first year of the new millenium, in the foothills of Northern California somewhere between Sacramento and the Oregon border, Stephen Robertson scanned a number of works by Harlan Ellison. He converted the raw digital files into e-Book format, which he then uploaded to the Usenent news group alt.binaries.e-book. Robertson accomplished this by logging onto his local ISP, and then accessing the Usenet services provided to the ISP by RemarQ Communities, Inc. As is the nature of Usenet, once a file is uploaded to any newsgroup, it gets propagated through all of the other news-servers around the globe. In this case, one of the news-servers to which it was propagated belonged to AOL.

Harlan Ellison is a science fiction writer. Actually, that's bit of an understatement; Harlan Ellison is one of the leading lights of sci-fi. Most famous for penning a prolific number of short stories and novels, his is notably responsible for City on the Edge of Tomorrow, one of the most popular episodes of the original Star Trek series. Ellison also has a reputation for being abrasive, argumentative, contentious, prone to activism, and most relevant here, litigious. Being litigious, upon discovering some of his works on an AOL news-server, Ellison had his attorneys issue DMCA Take-Down notices to the ISP and AOL. The ISP responded to the Take-Down notice, but AOL did not. Ellison followed up with a copyright infringement suit against Robertson and the non-responsive AOL. Being prone to activism, Ellison perceived this action as a fight for the rights of struggling writers everywhere, and set up a defense fund to Kick Internet Piracy. 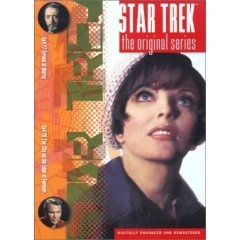 By the time the case had worked its way up to the Court of Appeals, Robertson and RemarQ had settled, leaving AOL to defend itself against Ellison's allegations of Contributory and Vicarious Infringement, and to press its case for immunity from liability thanks to the Safe Harbor provisions of the DMCA.

One of the requirements of eligibility for the Safe Harbor provisions is that you file a Designation of Agent with the Copyright Office. The Designation of Agent is then published on the Copyright Office Directory of Service Provider Agents for Notification of Claims of Infringement. The idea is that if you notice that your work is posted on a website, such as a DMCA compliant social networking site where the site owner is not controlling the content being posted, then you can check the Directory to get the contact information to send a Take-Down notice.

The current Designation of Agent for AOL shows a contact email address of "AOLCopyright@aol.com". However, this was not always the case. Up until the fall of 1999, the contact email address was "copyright@aol.com". AOL did not file an update to its Designation of Agent until April 2000. As a result, for a period of approximately six months, the wrong email address was on file with the Copyright Office. As we shall see below, this not only affected the court's view on DMCA eligibility for AOL, but on the Contributory Infringement issue as well.

This is where the particular facts of the case start to work against AOL. As previously mentioned, AOL did not respond to the original Take-Down notice. While it is not clear why that happened, the court did note that AOL had changed the email address for the Designation of Agent and took six months to notify the Copyright Office. The court took that as evidence that AOL changed its e-mail address in an unreasonable manner and that consequently AOL should have been on notice of the infringing activity. The court concluded that a reasonable trier of fact could find that AOL had reason to know of potentially infringing activity occurring within its Usenet network, and that therefore AOL would lose on the Knowledge element.

The court that passes this defective notification through to the Material Contribution element by stating that when "[p]roviding a service that allows for the automatic distribution of all Usenet postings, infringing and non-infringing can constitute a material contribution when the ISP knows or should know of infringing activity on the Usenet server, yet continues to aid in the accomplishment of [the direct infringer's] purpose of publicly distributing the postings."

Consequently, the court found that a reasonable trier of fact could conclude that AOL materially contributed to the copyright infringement, again implied by dint of its notification failure.

In order to prevail on a claim for Vicarious Infringement, Ellison would need to show two elements: 1) Benefit - that AOL derived a direct financial benefit from the infringement; and 2) Supervision - that AOL had the right and ability to supervise the infringing activity.

Financial benefit exists where the availability of infringing material acts as a draw for customers. This was the case in Napster, where the benefit to Napster was an increase in user-base, and that user-base was increased by access to pirated MP3s. However, there is no requirement that the draw be substantial, and consequently the court found here that the Benefit element is not satisfied. Furthermore, the court indicated that it was appropriate to focus on the whether there was a causal relationship between the infringing activity and the financial benefit, regardless of how substantial the benefit is in proportion to a defendant's overall profits.

The court further nuanced this distinction by recognizing that there is a difference between goods and services that users value, and goods and services that users find compelling enough that they act as draw to get users to use the service. Consequently, it is integral in performing the Benefit analysis that you distringuish activity that acts as a draw, and that is not just an added benefit.

In order to be eligible for any of the DMCA Safe Harbors, there are two requirements, 1) Repeat Offenders Policy, and 2) Countermeasure Compliance. The Repeat Offenders Policy requirement mandates that the Online Service Provider have reasonably implemented a policy for terminating the accounts of users who habitually commit copyright infringements through their account. The Countermeasure Compliance elements really addresses an issue that has never come to fruition; it was anticipated by the drafters of the DMCA that an industry consensus would develop around measures to be taken to protect online content, and this provision was designed to give teeth to the consensus. This has not happened.

In this case, the court held that there was a triable issue of fact as to whether AOL had reasonable implemented such a policy because of the defective Designation of Agent. The theory is that if the notification email for AOL is bad, then AOL would not get all of the complaints, and therefore, would not necessarily know if some users had received multiple complaints, warranting their termination. Hence, even though AOL had a good policy, it was not reasonably implemented by dint of the defective notice for six months.

The court finally looked at the issue of whether AOL would qualify for the Passive Conduit Safe Harbor, should the district court find that in fact the defective notice did not disqualify AOL from eligibility. One of the requirements of this Safe Harbor is that AOL not keep the copy any longer than is previously necessary for "transmission, routing or provision of connections." In this regard, the court noted that AOL kept the newsgroup postings for 14 days before purging them from the news-server. While normally one thinks of the 512(a) Safe Harbor in connection with telecommunications services where the retention of the copy would be measured in milliseconds, the court noted the DMCA is a codification of the Scientology v Netcom case which held that retention on a news-server for 11 days acceptable, and therefore the 14 days retention by AOL is acceptable under the 512(a)(4).

Regarding the final element of 512(a) which requires that AOL transmit the work without modification on its part, the court indicated that an ISP would need to take a greater editorial role than merely choosing not to carry certain newsgroups to be prevented from benefiting from this Safe Harbor.

Since the Appeals court found variously for and against both parties, this meant that the case would go back to the District Court to hash out whether AOL was contributorily liable due to its defective notification, and whether AOL failed to meet the Safe Harbor eligibility requirements due to its defective notification. Faced with more uncertainty (except for increased costs), Ellison and AOL settled on terms that remain confidential and issued a press release on June 8, 2004. Both parties said that they were pleased that the case was able to draw attention to the issue of online piracy and advance the legal issues relating to copyrights in the digital world.